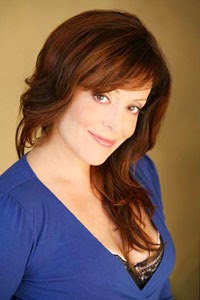 Marlene Forte has made a name for herself as a TV regular on so many shows that you can’t even list them all, but most recently she’s appeared as housekeeper Carmen Ramos on the new “Dallas” and previously on shows like “The Secret Life of the American Teenager” and “House of Payne” (Tyler Perry’s TV show).

What follows is PART TWO, the conclusion to Part One which I posted a few days ago. In today’s installment, I ask Marlene Forte about her acting style, her favorite roles to play, the ins and outs of working in television and we even get an exclusive scoop on her next feature film!

MARLENE FORTE: Uh . . . I think the most fun role . . . I always say the most fun role is the one I’m working on at the moment. I love “Dallas” right now. I have a movie coming out called Assassination of a Citizen [directed by Moritz Rechendberg], and I play a really bad lady in it. She’s kind of like a . . . she runs a meth lab. It’s kind of “Breaking Bad”-ish. I mean, that to me is fun because I don’t get to play those roles much. I’m always someone’s mom, I’m the good person — a little wacky, but always good hearted. So this one is fun. I’m a little nervous (laughs), I hope I can pull it off, but I would say “Dallas” is just fun because of the whole thing. Assassination of a Citizen, I had a lot of fun because I never have to dig down to, you know, bad thoughts (laughs)!

FCFR: Right, right! When is that coming out? Have you started shooting it yet?

MF: Literally, it’s going to [get its] first screening at the end of July. I’m a little nervous. It hasn’t even started the festival yet. You’re way ahead of the game there.

FCFR: So is that your next project then?

MF: That’s the next project that’s being released, yeah. And right now I’m unemployed, because we’re not even sure “Dallas” is coming back. I hope so, I’m sure it will be, but you know, it’s season by season.

FCFR: Yeah, and you know particularly nowadays, every TV show is held to such scrutiny that you really are never sure who’s coming back and who’s not. 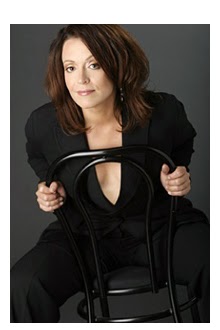 FCFR: Now I have a question for you — you’re quite a veteran of television. What do you think about how television shows are kind of moving away from the sitcom-ish style of being made? For instance, we start with a status quo and we end back at the status quo. But a lot of the TV shows now are featuring a real storyline from beginning to end, and characters change. Is that exciting to be in this era of television, versus when nothing really changed from episode to episode?

MF: TV, for a very long time . . . you have your sitcoms, which are half an hour long, and they’re my favorite because it combines a live audience with cameras, which is my favorite because of the live audience, and then you have the hour long shows, the procedurals — you know, somebody dies, then you find the murderer. That’s basically it. And the return I think of “Dallas”, and shows like that where you get invested in a character, and you follow their lives, those things are more like soap operas, when you think about it, right, because it’s like, “Oh my God, what’s going to happen to so-and-so?” And that’s just wonderful. It’s more fun for the audience too. Because the audience is waiting. You know, you watch “Lost”, and it’s always hanging, people want to see it. Especially with you know, Twitter, and social media, and people are asking questions: “Are you coming back?” It’s an interactive thing, it’s kind of fun, it’s much more fun for the actor and I enjoy it.

FCFR: And there’s no guarantee that any one character will still be alive at the end of the show.

FCFR: Especially when you’re dealing with such elaborate dramas, like “Dallas” or “Lost”.

MF: Yeah, you never know. Even the actors don’t know sometimes. Sometimes you show them [the script] and they’re like, “Oh shit, I just got pushed out the window?!”

FCFR: Now that’s another question. Do they ever hide scripts from actors?

MF: Yes. We don’t know either. We know, we’re just a week in front of you guys.

FCFR: Oh wow, so literally they deliver the script, you rehearse it and you pretty much immediately get in front of the camera?

FCFR: Is that pretty standard?

MF: Yeah, that’s pretty standard nowadays. Shows like “Lost” or “Mad Men”, they don’t even send scripts to agents. They don’t want anybody reading it.

FCFR: Do you think social media has a lot to do with that?

MF: Sure. People don’t want, you know, you can’t give away the surprise. Back in the day, there was no way things could leak. Nowadays, stuff leaks even from the west coast to the east coast, stuff seen three hours earlier, people are talking about it online!

FCFR: So you’ve had all these different roles, you’ve been an actress for quite some time now which is awesome. Can you give any advice for aspiring actresses just starting to get into the game?

MF: Sure, yeah I can. I just think that this is not a horse race, it is a lifestyle change, it is a life choice. So you can’t be worried about being a star in a year, or whatever it is, or a lifetime. It’s a lifetime choice. I plan to act until I’m shaking in front of the camera like Katharine Hepburn. I want to do this until I die. Actors don’t retire, we die. You know? So, that’s the biggest thing. Don’t be in such a hurry to be a star. It took me fifteen years for overnight success, you know? So it’s not a horse race. And the other thing is that if you can imagine yourself doing anything else but acting and be happy doing it, you should do that. Because this is a life choice, and there is a lot of rejection. There is more rejection in my lifetime than my entire family combined together. People go and change jobs maybe one or two times in their lifetime, maybe one or two times rejected. I do that three times a week, if I’m lucky. So you have to have this incredible thick skin and this incredible secret inside that you know this is what you want to do, and that’s it.

FCFR: That’s good advice. People don’t realize what a big change it would have to be, it’s not just showing up for an audition, there’s a lot more to it.

MF: You know, it’s everything. You have to hang out with actors, you have to go see plays, you have to immerse yourself. I call people who aren’t in the business civilians. It’s like being in the military. You just have to immerse yourself in this world, and love all of it: love the rejection — well, of course I don’t love the rejection, but it’s part of it. On to the next one. And it’s not all fun and games (laughs). You have to love the work. And it doesn’t matter if you didn’t get it, because you loved working on the piece, and you’ll get the next one. You know what I’m saying?

MF: Yes, there is. You want to be a star, honey? You live in America. You can do a lot of things to be famous, seriously. Do a sex tape (laughs).

MF: Look at Paris Hilton, look at the Kardashians. You know? You can be famous here without being an actor. You know, famous as an actor? There are much easier ways of doing it.

FCFR: One last question for you: do you have any particular routine when you first settle into a role? Are you method, or . . . ?

MF: I do a little bit of everything. I’ve studied every form of — I do a little repetition. I glean — this is another piece of advice I can tell actors — acting is a technique, you’re a craftsman, and you just have to learn how to use your tools. For example, a painter has different shapes of brushes, different sizes, and they learn how to use them. Actors are the same way. Your instrument is your body, you learn how to use your voices and stuff like that. And — oh God, I rambled and I lost [it], what was the question?
Marlene Forte – Dallas 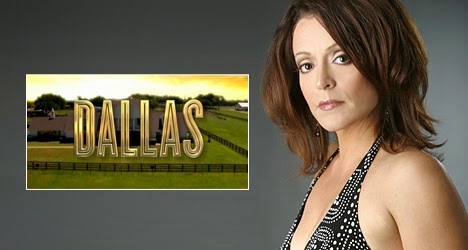 FCFR: What is your routine for getting into character?

MF: So, for me, when I first get it, I’ll read the script a couple times, or the scene — sometimes I just get a scene. I’ll just do it differently, I put it down and I’ll walk away from it. I really like to have at least two days with my work, because — sometimes I don’t get that privilege, but you know, you have to eat it and absorb it, and digest it, and you have to go back again and eat it again and absorb it and digest it, and every time you swallow, it changes a little bit, and it becomes more part of your being, more part of your, you know, those words are YOUR words, they’re part of your way of thinking. So I just do it a little bit at a time. I digest it a little at a time. I use everything, I use repetition, I do method, I glean whatever I need depending on the job.

FCFR: Any chance we’ll see you doing theater in the future?

MF: Oh yeah. I’m married to a playwright now, I try to do one play a year, it’s usually one of his, but not necessarily (laughs). I try to do a play every two years, I don’t get to do it once every year unfortunately. Or fortunately, because now I’m working on TV a lot. I try to do one every other year or so. My last one was an adaptation of Oedipus called Oedipus El Rey at the Boston Court Theater in Los Angeles, and it was fabulous.

FCFR: Do you have a favorite between doing feature films, doing TV, that kind of thing?

MF: My very favorite is live half hour comedies, just because it combines live audience, which is theater, and TV. But I do love it all. I even love doing radio plays. I love doing commercials. I love it all (laughs).

Thanks once again to the great Marlene Forte for chatting about her amazing career and for offering such great advice to young artists everywhere. Always a pleasure, Marlene, and I hope we can do this again soon!

Don’t forget to follow her on Twitter and stay up to date on “Dallas” by visiting the official website here. The second half of season 3 will be debuting on Monday, August 18th on TNT, so DO NOT miss it!