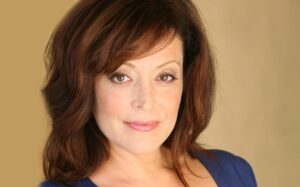 Marlene Forte, the actress who plays Carmen Ramos, the Ewing family’s longtime Mary Poppins-like superintendent and mother of Elena (Jordana Brewster) on TNT’s “Dallas” and I spoke today about the “uncorking” of the second half of Season 3 on Monday, August 18 on TNT. The story line for the rest of the season clearly is going to be all about the Ramos family.

For those of you who, like me, do not really keep up with television, our conversation was not only hugely entertaining but educational as well. Marlene is a well educated, articulate woman who raised her daughter before finally stepping into the business of acting.

She was one year old when her father moved her and her mother to New York from Cuba. They lived on MacDougal Street with her uncle and her father blames that for her and her younger sister choosing to become “artists”. Her sister is one of the hosts of HSN Today; the Home Shopping Network and lives in Tampa FLA where her parents have joined her. Only her middle sister is the steady moneymaker of the three sisters. She is the Senior VP of Risk Management for Skanska USA a world leading project development and construction group. On the other hand, her father named all three of his daughters after movie stars: Marlene as in Dietrich, Yvette as in Yvette Mimeux and Leslie as in Leslie Ann Warren. And he made sure Marlene took piano lessons and her sister took dancing…That was to keep them off the street, her father claimed later.

They soon moved to Union City NJ where she grew up. And she grew up on TV. Her family watched lots of TV. When her father got home at 6, he would turn on “Welcome Back Kotter” and “McCloud”. They were not like Cubans in Miami, always feeling exiled. When he left Cuba, he wanted to get as far away as he could and he never wanted to go back. He loved America…Frank Sinatra, TV…(though he did like those romantic slow boleros and still does), but at home, everything was American.

Marlene wanted to be an actress all her life but she married her first boyfriend from high school and had a child. She went to college and studied English; Shakespeare seemed a good route toward acting. Life however had a way of taking the lead. She opened a video store in North Bergen, NJ which she ran for six years, thinking she would be financially independent with her daughter. Her parents lived nearby to care for her daughter, and she had no time to become an actress. She did watch movies however (like Tarantino) and everything she learned about film was in that store. She saw as much as possible and learned a lot about the business.

This was during the early days when video stores were ma and pa affairs, but when Blockbuster moved down the block, she saw the writing on the wall. By that time, her daughter was ten and understood her mother’s passion, so they sold the store, took what little money they had and she moved across the river to New York determined to follow her dream…her father cried to think she would not become a doctor or lawyer.

Coincidentally at that time I also entered the video business and as an acquisitions executive we visited these ma and pa businesses, many of whom were making duplicate cassettes in the back of their stores. I was soon acquiring films for Lorimar, the producers of “Dallas” itself. When Lee Rich and Merv Adelson would call company-wide meetings, Lee would always begin asking for a show of hands of who had watched TV the past week. Very few of us had…and I never did. I might have seen “Dallas” once; certainly I knew who JR was and around the office there was always good gossip. And the gorgeous Victoria Principal was loved by all.

When Marlene turned 30, she decided to become an actress. That’s a late start for most occupations; in Hollywood it’s nearly unheard of. But for this born girl named for one of Tinseltown’s brightest stars (Marlene Dietrich) perhaps the journey was predestined. So Marlene got into a theater group called The Lab. It was very Latino and actress based. She worked with people like Judy Reyes,Vanessa Aspillaga, Forencia Lozano (39 episodes of “One Life To Live”) Philip Seymour Hoffman, Sam Rockwell. Today it is called the Labyrinth Theater Company and works out of the Bank Street Theater David Zayas (Dexter) and she were newbies and “old” – they already had children. It was a good time and the timing was good. And so 20 years passed, like a blink of an eye. She was on the cusp. Latino had not yet become OK; they told her she had to use a different name from that of her daughter’s father, Rodriguez. It was not too long after the days of Raquel Welch — remember what a surprise it was to discover she was Mexican? And how about Rita Hayworth? Her name was Ana Marlene Forte Machado. She decided to take the name of her mother and so became Marlene Forte. While today the Latino community still has no Tyler Perry or Oprah, still now is the time to be Latino and living in L.A. where she can stand on the corner of Olympic and El Camino; life is good.

So “Dallas” is back for its third season. “Dallas” without Larry Hagman, “one of the nicest people she ever worked with in the business”. He was a role model for her. He knew he was ill with cancer. In the course of the two seasons, he lost 20 pounds. But he died with his family around him, doing what he loved doing most, acting halfway through the second season.

“Dallas” has fans around the world. The new version is younger. Elena (Jordana Brewster)’s mother (whom Marlene plays) is already a business woman. The family has been working with the Ewing family since her daughter was nine and she was widowed when an oil rig accident killed her husband.

It has already been revealed that RJ actually stole the land from the Ramos land grant at the end of Season 2. Jordan is now bent on revenge. Her mother Carmen (Marlene Forte) had a bit of a chip on her shoulder; she always said that no one in her family every lied, but now…they too are lying, lying all the time. Lots will be revealed about them now; their dark side is coming to light in the third season.

“Dallas”, this version has very well rounded characters and the storylines are interesting. The first season dealt with real issues, like oil vs. methane gas…JR wants to drill, drill, drill but the Ewing children want to go with ethane gas.

The women are very strong in “Dallas” too. This is due in part to Cynthia Cidre the creator and showrunner, who is also Cuban. Michael M. Robin the director and producer is a TV Giant (“The Closer”, “Nip/Tuck”, “L.A. Law”) and the two have found a good balance.

Wow! I want to watch this, if I can ever figure out how to turn on which remote control to watch TV in my home!

TV is changing…we all know that much. But Marlene’s description of the changes explains much more. She says, “The procedural folks are tired. Soaps are coming back. No longer is procedural — a dead body, we find out what happened — enough. Now it’s revenge, scandal, characters…in ‘ allas’, Cynthia and Michael go into that vibe, it is current and it’s history too.

There are two trends in TV now. One is the procedural switch to characters. The other comes off of reality TV…there are still reality shows; there will always be housewives everywhere, but the second trend is going back to Spanish TV, with shows like “America’s Got Talent”, “Dancing with the Stars”. This is entertainment like the old Spanish TV shows, “Sábado gigante” where for four hours, seven days a week Don Francisco would show “The Chew” and “The View” and “Americas Got Talent” all rolled into one show — four hours! — with ads by Ivory between the segments.

Marlene Forte is Totally TV. She loves it; she knows its craft. She says that TV, Film, and Theater are all different media.

She tells young talent, “If you know the media, you can conquer it…you can figure out the rhythm…”

Forte is one of those familiar faces to which you’d have trouble putting the name. Yet you’ve seen her everywhere simply because she’s played them all. In fact, her work reads like the ultimate directory of television – from “Crossing Jordan”, “The George Lopez Show”, “The Mentalist”, “Law & Order”, “Bones”, “Daybreak”, “The West Wing”, “ER”, “Lost”, “Castle” to “House of Payne”, “24”, “ Community”, and “The Secret Life Of The American Teenager”, among many others.

Now with an acting career spanning over three decades, Forte is enjoying a hell of ride carrying an acting dossier that may very well rival some of the most prominent Latinas in the industry.

On the movie side, she played the transporter chief in the 2009 JJ Abrams’ “Star Trek” reboot; Mrs. Glass in “Real Women Have Curves”; and the unforgettable Pilar Brown in “Our Song” opposite Kerry Washington (“Scandal”). She appeared recently in the Marlon Wayans’ parnormal’esque parody “A Haunted House”, and Tyler Perry’s “A Single Mom’s Club” (her second time working with the award-winning director). She will next be seen in the indie movie “Assassination of a Citizen” playing a female Walter White in gang-central East LA.

She continues to do shorts and live theater, to work on web projects (notably the Imagen Award winner “Ysle” with Ruth Livier), to tackle indie films and big budget movies, and pop in some of TV’s high-profiled series and sitcoms, The Hispanic Organization of Latin Actors (HOLA) – the nation’s longest running active arts advocacy organization for Latino actors – honored her with a HOLA Award for “Excellence in Television”. Most recently she received a “Pioneer Award” at the 2014 Reel Rasquache Art & Film Festival and an “Artist Award” from her hometown, Union City.

And as she is keeping that acting bug rolling and the roles coming, she most definitely provides a shining example of how women can “make it” in Hollywood on their own terms.